‘You’re Not Going To See Us Make Mistakes’: Why Big Banks Are Pulling Back From CRE Financing

A lack of available debt is one of the biggest issues slowing commercial real estate development today, but institutional lenders say their pullback is rational given the risks in the market.

“You can sit there and say the lender is the boogeyman, but one of the mantras in our hallway is, ‘The best way to make money in fixed income is not to lose it,'” Northwestern Mutual Regional Director Eric Ekeroth said at a Bisnow event last week. “So we’re not going to take risks until it feels like we understand it.”

Ekeroth, along with executives from PNC, MetLife and other big capital sources, shared their reasoning for slowing activity during this turbulent time at Bisnow‘s D.C. Region Finance and Deal-Makers Summit, held Thursday at 1900 Reston Metro Plaza in Reston, Virginia.

The pullback is happening across all asset classes, given how this year’s sharp rise in interest rates has dramatically altered the math for new deals. But Ekeroth said it is especially pronounced in office, given that sector’s uncertain demand and high vacancy rates.

He said Northwestern Mutual isn’t unloading its office loans, but it also isn’t doubling down with new deals. He acknowledged that many older office assets need substantial upgrades to stay competitive, but banks are unlikely to be the ones financing those renovations.

“From lenders, particularly institutional lenders, you’re not going to see us make mistakes,” he said. “We’re not going to jump into a 70% occupied building that needs to be repositioned. That capital may have been available at one time, but it’s called equity now.”

For large financial institutions like Northwestern Mutual, which has more than $550B in total assets under management, the share that real estate comprises of its overall portfolio is an important consideration. This year, Ekeroth said changes in asset values have increased the relative size of its real estate exposure.

“All of our assets have essentially lost value,” he said. “But real estate has actually come down slower than many of the other asset classes, so we find ourselves overweight. Does that mean we won’t do deals? No … but they have to make sense.”

PNC Real Estate Senior Originator Christian Gorissen, whose institution also has more than $550B in assets under management, said this was a record year for the bank’s construction lending business. But most of that activity happened in the first half of the year.

“Now it reached the point that the appetite to push for additional business is not there, considering where we are in cycle,” Gorissen said. “The capital right now is really reserved for existing clients of the bank that we can allocate to the best use of our capital resources.”

“Hopefully by mid-next year we’ll be able to go back and serve the broader market,” he added.

Gorrison said PNC’s pullback from the broader market came in part because it has become increasingly difficult to predict how much projects will cost and how long they will take to build, even in sectors with strong fundamentals like multifamily.

“Midsized banks have actually been propping up the economy because Wall Streetis out of money,” Levy said. “The money center banks are not lending unless you are one of their top one or two clients. CMBS is not there … The biggest problem is there’s illiquidity in the debt markets.”

She said MetLife is looking to finance high-quality “build-to-core” developments that are outperforming older assets in today’s market. An example of this is Trammell Crow‘s Armature Works mixed-use project that just delivered in D.C.’s NoMa neighborhood, in which MetLife is an equity investor. The development, sitting less than a mile from Union Station, features a 203-room hotel and two apartment buildings totaling 630 units.

“We saw obsolescence occurring, so we wanted to have the newest product out there,” she said. “It is challenging now with the construction market, but some of the opportunities we have in the pipeline are build-to-core, and we’re just kind of waiting to see when things stabilize in the market.”

Bonaventure CEO Dwight Dunton said the firm has invested in projects that are under construction and still proceeding, but it is now pausing new activity.

“Our development business is in the process of freezing,” he said. “New sites are not really moving ahead because costs have gotten to the point that we can buy that same building brand new across the street built, leased up with no construction risk for less than it takes to build it today.” 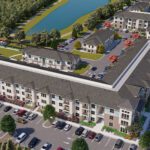 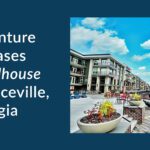