Enterprise Community Partners has acquired the Skyland Apartments from WC Smith for $24M.

The community is catty-cornered from Skyland Town Center, a mixed-use project that a joint venture between WC Smith and Rappaport has been developing for two decades.

Last year, the JV delivered The Crest, a project containing 263 apartment units, 53 of which are affordable to those making 80% of area median income and 26 for those making between 80% and 120% of AMI. Retailers like Roaming Rooster and Starbucks have opened at Skyland Town Center, and a Lidl anchoring the development is under construction.

The acquisition was funded in part by the Robert I. Schattner Foundation, which also backed MHP and Washington Housing Conservancy’s acquisition of the 140-unit Earle Manor in Wheaton in March.

The Franklin Apartments, located at 7620 Maple Ave. in Takoma Park, Maryland, is housing reserved for Section 8-qualified residents that are either 62 years or older or have a disability, according to a property website. As part of the deal with Schattner, some units across both properties will be reserved for veterans. Key Bank provided the primary debt for Franklin, and the Montgomery County Department of Housing and Community Affairs provided subordinate debt through Community Development Block Grant funds, according to a press release.

Tokyo-based Mori Trust Co. has acquired the office property at 601 Massachusetts Ave. NW for $531M from Boston Properties. The 460K SF property was developed by Boston Properties for $350M and opened in 2015. Anchored by law firm Arnold & Porter, the property is Mori’s first acquisition in D.C. proper, but the Japanese firm previously acquired a pair of Herndon office properties earlier this year, Bisnow reported.

Comstock acquired an 8-acre parcel for $60M to expand its Reston Station development. The seller, JBG Smith, has been developing the adjacent mixed-use Midline project with EYA for several years, which includes at least 80 townhomes. Comstock said in a statement to Bisnow it acquired the parcel to enhance connectivity to its 80-acre Reston Station project.

Bass also spent a decade as the chief financial officer at First Potomac Realty Trust, but left as the Bethesda-based real estate investment trust’s board of trustees launched an investigation into the REIT’s financial reporting compliance, the Washington Business Journal reported in 2012.

Transwestern has hired a 10-year JLL veteran to join its tenant advisory and workplace solutions team, the brokerage announced Tuesday. Chris Coccaro is now an executive vice president and will help drive an expansion of the Transwestern team, according to a press release. Coccaro spent a decade at JLL working with clients like NewPoint Real Estate Capital, Lerch Early Brewer, Northwestern Mutual and the Cystic Fibrosis Foundation. He is a former guest lecturer at the University of Maryland, where he earned his MBA. He received a bachelor’s degree from Georgetown University. 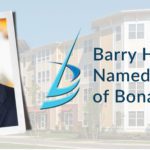 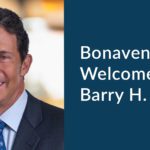