Altus Realty acquired two office properties that it plans to convert to life sciences in Rockville, a hot market for the booming sector.. Westat, an employee-owned research company, sold the two buildings at Research Square for $25.5M, according to a press release from CBRE.

“Two themes remain consistent: the life sciences industry wants to grow here and we have no space available,” Cleaver said in a statement. “Investors remain attracted to the near-term supply/demand imbalance, as well as the depth of our R&D talent pool which provides a fertile runway for long-term growth.”

Klein Enterprises acquired a nine-property portfolio of Mid-Atlantic shopping centers, it announced Wednesday. The Baltimore-based firm acquired the portfolio from a joint venture of DRA Advisors and KPR Centers, which had just bought it as part of a 33-property grocery-anchored shopping center portfolio in an $879M acquisition from Cedar Realty Trust announced July 8. Klein’s new properties include The Shoppes in Hyattsville and additional centers in Maryland, Virginia and Pennsylvania.

Penzance sold another apartment tower to Cortland this week, it announced Wednesday. The Evo at The Highlands building in Rosslyn features 450 units and more than 30K SF of amenity space in a 29-story tower. Cortland announced it was entering the D.C. market by acquiring four Penzance properties in May for what is expected to be more than $1B. Only two of the acquisitions had closed at the time, and Wednesday’s announcement revealed the third building it acquired.

Roadside Development and North America Sekisui House LLC celebrated the grand opening of City Ridge on July 9 with Mayor Muriel Bowser and other officials. Including D.C.’s first Wegmans, the mixed-use development on the site of the former Fannie Mae headquarters features 154K SF of retail and 160K SF of offices. The developers also expect 690 residential units to deliver on the mixed-use site by the end of the year. The first multifamily building at City Ridge, The Branches, began move-ins this spring.

Bonaventure is beginning construction on two Northern Virginia properties. The integrated asset manager said work was underway on a “resort-style” senior living community in Old Town West. The 133-unit property, located less than half a mile from the Braddock Road Metro station, is designed to feature a 4,500 SF restaurant space, a 24-hour fitness center and other amenities when it begins accepting renters, scheduled for late 2023. Meanwhile, Palmer’s Creek Phase II, a 200-unit, garden-style community, is located at 9000 and 9014 Spring Valley Lane in Fredericksburg. That project is scheduled to deliver in the fourth quarter of 2023.

Stream Realty Partners hired Chris Skelly to serve as vice president of property management in its D.C. office. Skelly comes to Stream from Blake Real Estate and has managed more than 5M SF of office and event space, according to a release from Stream. Skelly will report to Regional Managing Director Dorothy Hamilton.

JLL has hired a professional from Deloitte to lead a team advising government and education clients on clean energy. As clean energy public sector lead, Andrew Linowes will help grow JLL’s clean energy business, according to a press release. He will also help clients meet their sustainability goals, often by updating aging infrastructure.

A London-based flex workspace consulting group has hired D.C.-based professional Julia Kean to be its director of strategy and change and global digital workplace lead. Incendium, part of The Instant Group, is creating a global marketplace for flex workspace, per a press release. Kean joins Incendium from Xyster Consulting, where she has spent the past eight years advising clients on digitally enabled workplace strategy, Incendium Americas Director Nick LiVigne said in a statement.

Grosvenor has brought back Ashleigh Simpson to head its eight-person North American Structured Development Finance Programme. Simpson, who was vice president of Northeast acquisitions and joint ventures at MetLife Investment Management, has led 43 investments totaling more than $8B over his 26 years in real estate. Before MetLife, Simpson spent about six years on Grosvenor’s investment team until 2007. 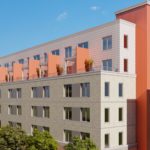 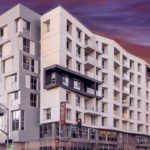