In A World Focused On Short-Term Results, CRE Remains An Attractive Investment

As June came to an end, many investors were likely relieved to put the stock market’s worst first half since 1970 in the rearview mirror. During the same six months, however, investments in commercial real estate generally continued to perform well.

That is why many investors continue to view CRE as a relatively safe investment in any economic climate.

“You might not feel comfortable owning the stock of a company for decades on end,” said Dwight Dunton, founder and CEO of Bonaventure, an alternative asset manager specializing in design, construction, property management and investment management of multifamily properties. “But you could own a building for decades on end, and I think that’s very powerful to investors in this world of short-termism.”

Bisnow recently spoke with Dunton to get his thoughts on why CRE continues to attract, and reward, investors.

Bisnow: What is the appeal of CRE to investors during uncertain economic times?

Dunton: It’s a physical asset that you can see and touch, and it doesn’t exist ephemerally like certain other assets. I think that meets a psychological need for people, who often need something tangible to be able to feel secure.

I think the other thing is that CRE provides consistent returns that are not as cyclical as the general economy. If you take the apartment business, for example, employment may go down or people may get less hours or their wages may be cut, but they always need a place to live.

And I think that’s true of other types of property on the CRE spectrum: While companies may cut back on the number of employees they might need, they still have very long-term office leases, usually five to 10 years or so.

Even during periods of economic decline, there is durability in the underlying fundamentals of the real estate income stream.

Bisnow: What advice do you have for people who are considering investing in CRE for the first time?

Dunton: They need to know what they’re buying.

Some investments that are labeled “commercial real estate” have been sliced and diced by the wizards of Wall Street. And while it may be labeled CRE, depending on how much leverage and financial tools have been shoved under the hood, it starts to resemble something a lot further from the actual buildings that are inside the wrapper.

Beyond that, they need to understand the leverage that’s in place, what the interest rate risk is, what the underlying lease term contracts look like and so on. 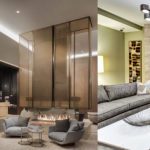 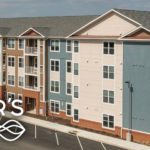