Just under a year after buying into Scott’s Addition, a Northern Virginia-based firm is looking to add to its footprint in the neighborhood in a big way.

The project would be a new-construction extension of the original Scott’s Edge, the 94-unit apartment complex Bonaventure bought last year for $18 million. Scott’s Edge was among the neighborhood’s first adaptive reuse projects from 2013. 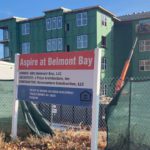 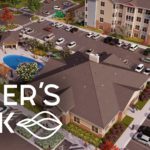