Bonaventure has completed its purchase of Pinnacle and Magnolia Chase Apartments, two luxury multifamily communities located in Hampton and Virginia Beach, Va., respectively. Bonaventure acquired ownership of the properties in two separate UPREIT transactions, which were negotiated for an undisclosed amount.

Pinnacle Apartments was built in 2016 and is located at 200 Freeman Drive, in Hampton. The community hosts a five building, 296-unit mix of one-, two- and three-bedroom offerings totaling 282,382 square feet, according to Yardi Matrix data. Community amenities include a fitness center, business center, clubhouse, and swimming pool.

Magnolia Chase Apartments is located at 5700 Magnolia Chase Way, and hosts a 10-building, 230,280-square-foot garden-style arrangement. The buildings themselves are divided into one-, two- and three-bedroom units, complete with luxury finishes and amenities. The community’s features include a fitness center, playground and club house, connected through landscaped courtyards.

Both communities are situated close to the heart of the Hampton Roads metro, within 15 miles of Newport News, Norfolk, Chesapeake and Virginia Beach, with nearby highway access for each.

The acquisition of the two communities is part of Bonaventure’s expansion of its luxury development and investment presence in Virginia, having begun construction on two luxury housing projects in Fredericksburg: the second phase of its Palmer’s Creek development, a 200-unit garden-style community, and its recent groundbreaking of Attain at Spotsylvania Town Centre, a 271-unit project.

The larger Hampton Roads submarket remains steady in its growth, having experienced $4 billion in transactions and $490 million in multifamily investment activity over the second quarter of 2022, according to a report from Newmark from the same period. Despite a slight decrease in its occupancy rate, the overall percentage is above the national average at 97.2, the report shows.

Understanding the purchase of the community in this context, Dwight Dunton, founder & CEO of Bonaventure said in prepared remarks these acquisitions not only align with the firm’s Mid-Atlantic growth strategy but further demonstrate Bonaventure’s unique ability to engineer deals that offer superior flexibility and tax-advantaged benefits to partners. 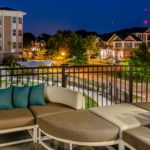 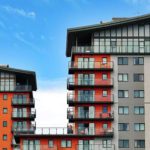