NORFOLK, Virginia – September 9, 2021 – Senior Lifestyle Corporation and Bonaventure are pleased to announce their joint venture and the grand opening of Acclaim at East Beach, a new luxury senior living community located in the East Ocean View neighborhood of Norfolk, Virginia. Acclaim at East Beach serves as part of the revitalization of The Little Creek Marina. The 132-unit apartment community recently welcomed its first residents with immediate move-ins available.

“We are thrilled to celebrate the Grand Opening of Acclaim at East Beach,” said Dwight Dunton, Bonaventure Founder and CEO. “Acclaim at East Beach offers residents a unique apartment community with waterfront living and an extensive amenity package unlike anything else in the market.”

The Grand Opening will be held on Tuesday, September 14, from 4:00 to 6:00 pm. The invite-only reception will include a mermaid theme in honor of the City of Norfolk’s logo and the Norfolk Mermaids. The event will begin with a ribbon cutting ceremony and feature a signature “Southern Belle” cocktail as well as locally crafted beer from COVA, wine from Mermaid Winery, and catering by the community dining staff. 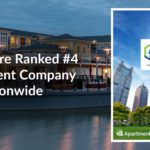