The Cobb County Planning Commission on Tuesday voted 5-0 in favor of plans for a 303-unit apartment project about half-a-mile west of Six Flags Over Georgia. The development, which will rise on a 27-acre site bordered by Cityview Drive to the north and I-20 to the south, is being led by Alexandria, Virginia-based Bonaventure Investments.

The commission’s unanimous vote comes despite a recommendation of denial of the project by zoning staff, which argued that the proposed development’s density is “out of character with adjoining residential uses” in a summary of its analysis.

Representing Bonaventure, Kitchens Kelley Gaynes attorney David Cooper said during the Tuesday meeting that the plans are in line with a 2012 county overlay study that called for multifamily use at the undeveloped, wooded project site.

“This is a really great project,” Cooper said. “It’s going to be a benefit to the Six Flags district and the special services district of which it is a part. It is proposing to bring what we think is a roughly $60 million investment into the Six Flags Special Services District.” 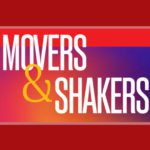 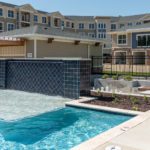